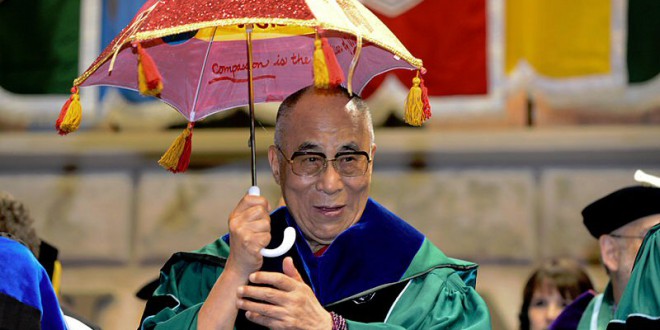 The Discipline of Joy and Achievement

It can be disconcerting to suddenly realise that something has been hidden from our attention yet has been in plain sight all along – if we had only looked! Often there can be present, yet unseen, things of great beauty or which have the power to release us from restrictive and burdensome problems. In many cases the constraints we experience are of our own making or are only perceived through the web of thought structures with which we surround ourselves while we sit, spider-like, at the centre attending only to that small compass while a universe of immense beauty, significance and power swirls around our tiny knot in its fabric.

Yet even the smallest extension in our radius reveals a different perspective, a truer sense of proportion and an expanded sense of meaning and influence. And thus understanding grows and our sense of being expands into a wider circumference. As this expansion continues (outward and inward; objectively and subjectively) we realise increasingly that we exist in shared being and our central point of identity moves into subtler and subtler realms.

Under this inspiration the material sciences are asking the questions which lead us closer to the point where that identity resides. In an article from Scientific American titled Hey, Is That Me over There? we read:

If there is anything about your ‘self’ of which you can be sure, it is that it is anchored in your own body and yours alone. The person you experience as ‘you’ is here and now and nowhere else…But even this axiomatic foundation of your existence can be called into question under certain circumstances. Your sense of inhabiting your body, it turns out, is just as tenuous an internal construct as any of your other perceptions—and just as vulnerable to illusion and distortion. Even your sense of ‘owning’ your own arm is not fundamentally different—in evolutionary and neurological terms—from owning your car (if you are Californian) or your shotgun (if you are Sarah Palin).
Outlandish as such a notion may seem, what you think of as your self is not the monolithic entity that you—and it—believe it to be. In fact, it is possible to pharmacologically manipulate body ownership with a drug called ketamine, which reliably generates out-of-body experiences in normal people. Patients on ketamine report the sensation of hovering above their body and watching it. If someone gives them a sharp poke, they might say, ‘My body down below is feeling the pain, but I don’t feel it myself.’ Because in such patients the ‘I’ is dissociated from the body it inhabits, they do not experience any agony or emotional distress…
Your sense of body ownership, and of being a distinct entity, seems to derive in part from a network of brain cells known as mirror neurons… Mirror neurons allow you to put yourself in another person’s shoes. Your brain says, in effect, ‘The same neurons are firing as when I move my hand, so I know what he is feeling and what he is up to.’ In addition, neurons we might loosely call ‘touch mirror neurons’ fire when you are touched or watch someone else being touched… In this phenomenon we see an evolutionary prelude to the ability to imitate and emulate—the basis of cultural transmission of knowledge… Yet as you grow to adulthood, you no longer irresistibly mime the actions of whomever you happen to be looking at; your self doesn’t feel like a puppet controlled by others. You preserve your sense of free will and agency…
…studying people with brain abnormalities or manipulating sensory input in normal people using mirrors and other optical tricks can provide key insights into the way the right parietal lobe of the brain creates a vibrant image of one’s body that endures in space and time…These observations have important implications, both theoretical and clinical. They suggest that what we call touch sensation, pain, the body or even the self results from a dynamic interplay of signals from three sources: sensory signals from the skin, muscles and gut; inhibitory signals from the prefrontal cortex; and input from mirror neurons, which respond to behaviour that originates in neurons in other people’s brains! From this fluctuating mosaic of brain activity emerges your sense of an embodied self that is distinct from others and all your own.”
[Vilayanur Ramachandran and Diane Rogers-Ramachandran, April 13, 2010. See http://www.scientificamerican.com/article/hey-is-that-me-over-there/]

The door is opening on an externalizing realisation of the ancient wisdom such as presented in Patanjali’s Yoga Sutras. Charles Johnston’s translation of Sutra 17 in Book IV reads: “An object is perceived or it is not perceived, according as the mind is, or is not, tinged with the colour of the object.” And Alice Bailey comments:

We see what we are ourselves; we become aware of that in other forms which is developed in ourselves. We fail to see aspects of life because as yet in ourselves, those aspects are undeveloped and latent. To illustrate: we fail to see the divine in our brother because as yet the divine in ourselves is uncontacted and unknown; the form aspect and its limitations are developed in us and the soul is so hidden that we only become aware of the form of our brother, and fail to see his soul. The moment we contact our own soul and live by its light we see the soul of our brother, become aware of his light and our entire approach to him is changed… Herein lies the clue to our limitations. Herein lies the promise of our success.
Latent faculty, when developed, will reveal to us a new world. The hidden powers of the soul when brought to full expression will make us aware of a new world and reveal to us a scheme of life and a kingdom of being hitherto negated by us, because not seen.” [The Light of the Soul, pg 408]

The impact of Beauty through any of the forms it may flow lifts and encourages us.

What are the forces at play that promote this growth and expansion? All that is uplifting, inspirational, creative and which takes us out of our habituated sense of self; all that carries us beyond that intense self-consciousness that casts a veil before reality. The impact of Beauty through any of the forms it may flow lifts and encourages us. It flows through all thoughts of a higher, purer nature bringing a sense of true proportion, of right relationship and a healing of all that arises from misunderstanding and misidentification with the limited and lesser aspects of life expression. While we, in microcosm, might identify merely with the thought-form of the personality – an exposure to the natural world reveals what an exquisite and complex thought-form is manifesting through our planet! How mighty and yet beautiful is the interconnected, harmonious and purposeful flow of vibrant life and life-forms. This greatness, both in its outward forms and its inner sources of being and life, can draw us into growth and activity in line with its intention and inimitable demonstration.

The Scientist may observe through external phenomena and the Artist may express through an inner sensitivity to subtle realms. Together they reveal that we are more than the form we inhabit. The Tibetan Master explains:

…the analogy…between the microcosm and the Macrocosm may help… The soul creates a threefold expression in the three worlds of human living… The outer form, the dual physical body (dense and vital or etheric) is produced, created, motivated, energised and conditioned by certain energies and forces, emanating from those levels whereon the soul has…engineered a reaction of identification… These make the man what he is; they give him his temperament, profession and quality upon the physical plane; they make him negative or positive to various types of impacting energy; they give him his character and make him what he appears to be to others; they produce his colouring, his capacities and his personality. With all of these the average man identifies himself; he believes himself to be the form, the medium through which he attempts to express his desires and his ideas. This complete identification with the transient creation and with the outer appearance is maya. It must be remembered that individual maya is a fractional part of the world of energies and forces which constitute the life expression of the planetary Logos, which condition our outer planetary life, and make our planet what it appears to be to the other planets… The difference between man, the microcosm, and the planetary Logos, the Lord of the World, the Macrocosm, lies in the fact that the Lord of the World is not identified with the maya which He has created, and which has its purpose in eventually bringing about the release of the ‘prisoners of the planet.’” [Glamour: A World Problem, page 242]

We are entering a new phase in our planetary progress when human identification is shifting to its inner Self and its shared being with the totality which is our planetary Life. New coordination, cooperation and coherent life begin to flow through us. Concern for the ecology which sustains our shared living is growing; responsive agents are clarifying the needed course and taking action and building the new era – achievement by achievement. And we are told:

When, through contact with his own higher self, he participates in the knowledge of the objective, and when through climbing the mountain of vision his perspective changes and his horizon enlarges, he comes to the realisation that a law is but the spiritual impulse, incentive and life manifestation of that Being in which he lives and moves. He learns that that impulse demonstrates an intelligent purpose, wisely directed, and based on love. He then himself begins to wield the law or to pass wisely, lovingly and intelligently through himself as much of that spiritual life impulse which his particular organism can respond to, transmit and utilise. He ceases to obstruct and begins to transfer. He brings to an end the cycle of the closed self-centered life, and opens the doors wide to spiritual energy.
In so doing he finds that the law which he has hated and mistrusted is the vitalising, purifying agency which is sweeping him and all God’s creatures on to a glorious consummation.” [A Treatise on White Magic, page 11]

We are leaving behind the times of fear and isolation. The Tibetan Master asks:

Have you ever thought, my brother, that just as there is a discipline of pain and of sorrow, there may also be a discipline of joy and of achievement? This is a thought worthy of attention. Men need these days to learn this new truth, and its perception will greatly change human consciousness. That which is bliss is today here or on its way, and the disciples and aspirants of this present time must be taught how to recognise and implement it.” [Discipleship in the New Age, page 671]

Hi, I'm one of a group of authors and editors for the Sydney Goodwill website.
Previous From Physical Geography to Focus Points in Consciousness
Next The Spirit of Peace and Equilibrium