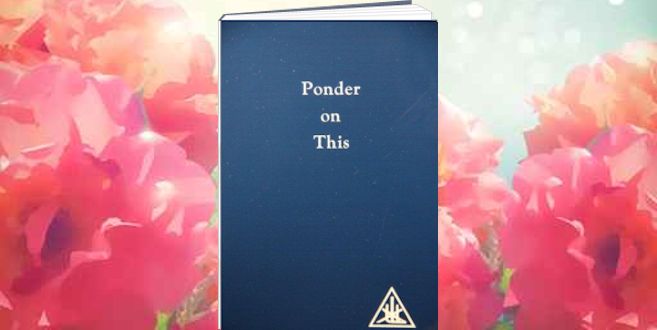 Book of the Month – Ponder On This, by Alice A. Bailey

Our book of the month for February 2014

Ponder On This is a compilation of extracts from the 24 books by Alice Bailey – arranged by subject matter in alphabetical order.  This arrangement makes it easy to browse the book, and select a topic of interest.

Why it is suitable for first-time readers
This compilation was prepared by a student of The Tibetan’s teaching in Pretoria in 1971.  The compiler was aware that some sections of the Alice Bailey books “are out of the mental reach of the average student.”  It was his or her aim to bring those concepts that can be more readily understood into the reach of the average student through a system of classification by subject matter –  and so to stimulate interest.

How readable is it?
The arrangement by subject matter makes it easy to browse the book, and select a topic of interest.

Headings under which the material is arranged alphabetically

(1) Be joyful, for joy lets in the light, and where there is joy there is little room for glamour and misunderstanding.  (5-461).

… It is helpful to differentiate between happiness, joy and bliss:

First, happiness, which has its seat in the emotions, and is a personality reaction.

Second, joy, which is a quality of the soul and is realised in the mind, when alignment takes place.

Third, bliss, which is the nature of Spirit and about which speculation is fruitless until the soul realises its oneness with the Father.  This realisation follows upon an earlier stage where the personal self is at-oned with the soul. Therefore speculation and analysis as to the nature of bliss is profitless to the average man whose metaphors and terminologies must perforce be personal, and related to the world of the senses.  Does the aspirant refer to his happiness or joy?  If he refers to the latter, it must come as the effect of group consciousness, of group solidarity, of oneness with all beings, and may not be interpreted in terms of happiness at all.  Happiness comes when the personality is meeting with those conditions which satisfy it in one part or other of its lower nature; it comes when there is a sense of physical well being, of contentment with one’s environment or surrounding personalities, or of satisfaction with one’s mental opportunities and contacts.  Happiness is the goal of the separated self. … (4-268/70)

…(4) And now what methods may be employed to safeguard the worker in the field of the world?  What can be done to ensure his safety in the present strife, and in the greater strife of the coming centuries?

(5) The cultivation of emotional tranquility is one of the first steps towards the achievement of the needed equipment of the white magician.  This tranquility is not to be achieved by an effort of the will which succeeds in strangling all astral vibratory activity, but by the cultivation of response to the Ego, and negation of all response to the inherent vibration of the astral sheath itself (3 – 983).

This compilation contains extracts from 18 of the 24 books of Alice A. Bailey, which were written between 1919-1949. Most of the books, were written in cooperation with a Tibetan teacher.

This compilation was prepared by a student of the Alice Bailey material in Pretoria and was first published in 1971.  It was the compiler’s hope that the reader should refer to the source material in the books to get the information in its proper context and full detail.   References to the source material are given with each quotation by referring to a book number and page number.  For example (18 – 323) refers to page 323 of the 18th book – The Rays and the Initiations.

“Suffice it to say, that I am a Tibetan disciple of a certain degree, and this tells you but little, for all are disciples from the humblest aspirant up to, and beyond, the Christ Himself. I live in a physical body like other men, on the borders of Tibet, …” Read more

Sydney Goodwill works to enhance all serving souls to develop their service, and to distribute the Ageless Wisdom teachings to all who are searching.
Previous The Golden Mean
Next To see a world in a grain of sand 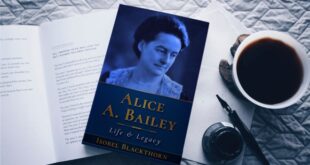 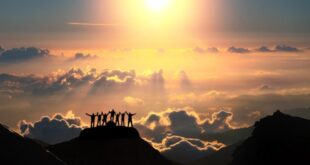 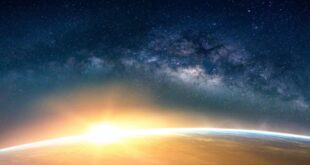