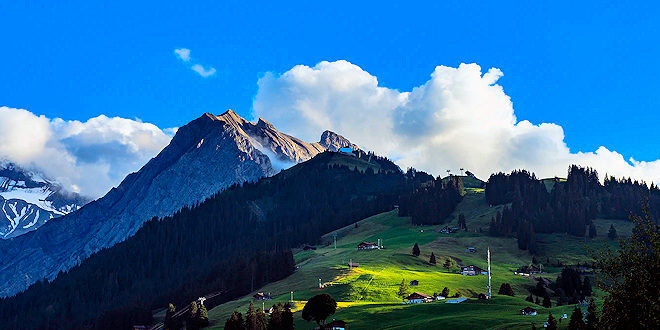 There is a push from the human heart which transcends species, race, culture and religious belief

The uprisings we observe around the world may seem to stem from a variety of reasons and concerns, but at a deeper level they are clearly impulsed by a universal demand for betterment of circumstances – for the protesters themselves, for others they see in need, and for our planet in all its diverse and beautiful manifestations. There is a push from the human heart which transcends species, race, culture and religious belief – a push for a world in which life is shared in a way that addresses need rather than greed.

The protesters are seeing through the spin and rationalisation of the passing era as its hold weakens. And with this clearer sight comes a burgeoning recognition that it is the One Life we are sharing and that its cyclic flow supports all life if we support it! There is a great reciprocal life flow that is the essence and foundation of all lives on and within this planet. It is truly and in every living sense the “One in Whom we live and move and have our being.”

The majority of the demonstrators seem to be from the younger generations who see the future they have inherited with ever-deepening concern as unsolved problems continue to worsen and the will to resolve them is dispersed fruitlessly in political distractions. The young Swedish activist, Greta Thunberg, has identified their situation:

Since our leaders are behaving like children, we will have to take the responsibility they should have taken long ago.” COP24, Poland, 4 December 2018
“We deserve a safe future. And we demand a safe future. Is that really too much to ask?” Global Climate Strike, New York, 20 September 2019

…the young ones are calling us to stop, envision and work towards a world most of us long for.

Old structures built on the power of command, rather than on responsive listening, have reaped a culture of those so busy shouting commands and directives that they have forgotten how to listen. They are rushing, shouting, to their downfall and drawing us all with them. But, rather than streaming pointlessly with them into the abyss, the young ones are calling us to stop, envision and work towards a world most of us long for. This world is still possible if we pause long enough to hear its harmonious sounds rising through the crises, calamities and cataclysms that characterise the surface events around the planet.

Songs of peace, freedom and cooperative endeavour can be heard in the silence when we withdraw from the outer chaos long enough to listen to the human heart

Songs of peace, freedom and cooperative endeavour can be heard in the silence when we withdraw from the outer chaos long enough to listen to the human heart as its presence becomes more clearly substantial in our world. It carries the new era we long for – if we stop to realise it. And it is coming to life through its representatives, those who are heralding an awakening such as has not been known on Earth since the dawn of human history. Such is the unprecedented climax at which we have arrived!

The Tibetan Master wrote the following in 1940 and, although much has changed in the world since those times, the greater cycle he spoke of is becoming clearer through the determined efforts of those souls who are responding:

…A great and vital thoughtform is in process of construction upon our planet and within our planetary aura. It is being built by the power of sound, by the magnetic pull of invocation leading to eventual evocation, and by the force of desire-substance, animated by the power of thought. It is being constructed by the united efforts of the (Spiritual) Hierarchy, of the world disciples and aspirants, of the men and women of goodwill in all nations, and also through the inchoate longings of men everywhere, of all religious beliefs, political views and group loyalties…
…Hovering today within the aura of our planet are certain great spiritual Forces and Entities, awaiting the opportunity to participate actively in the work of world redemption, re-adjustment and reconstruction. Their Presence is sensed at times by the spiritually-minded people of the world, and Their reality is recognised by the mystics and occultists working in every land. Men and women express this recognition according to the trend of their religious and psychological training and their particular mental or emotional bias.” The Externalisation of the Hierarchy page 222-3

As systems break down through withdrawal of trust and citizens demand a new way, what great karmic transition is humanity facing? Choices are becoming more clearly defined as polarisation proceeds between the old world and the new. Are we about to enter into our destiny or will we fall back onto the same karmic rack? We are told that:

“…The great Law of Karma…is that which determines the sequence of evolution, of evolutionary progress, the period of karmic recognitions, and the conclusion of a karmic cycle…” (Page 339)
“Throughout the entire evolutionary process, there is essentially nothing but a growing revelation. The two terms, Evolution and Revelation, go together. …the next sequential revelation will be that of creativity, of the world of thoughtforms which humanity as a whole has created and the setting in motion—by humanity and in relation to its own destiny—of the Law of Cause and Effect or Karma. This will take us back into the very night of time and demonstrate the hope of the present era.” (Page 369)
“Men everywhere are… always in a state of unconscious meditation, dreaming of better things, fighting for desired material benefits, longing for that which lies beyond their present possession and their present attainment and, in many cases, even their vision. … That which they have, through meditative concentration, succeeded in creating (and all men, under the Law of Karma, create their own world) no longer satisfies; their meditation then shifts into the creation of higher things, into the world of spiritual values and of that which we cover by the unsuccessful and inadequate term of ‘heaven.’” (Page 212-3) Discipleship in the New Age II

Unfolding world circumstances are calling us to be our greater selves, our true selves

With all the apparently unsolvable problems in the world – is it time to shift into a higher gear, a higher dimension of being and expanded vision? Unfolding world circumstances are calling us to be our greater selves, our true selves, as destined from the dawn of time. Our perception of time is speeding up as we enter an accelerated learning process. The cyclic swing between cause and effect creates the time cycles which progressively and more quickly spiral us into higher and finer being.

And it is Love that opens all paths into our destiny

Then, from those progressively higher perspectives, we see more clearly and begin to work in harmony with the Great Life of our planet. And so we enter our destined role in the divine plan for our world, for this beautiful blue jewel in the body of our solar system, and serve the greater Cosmos. And it is Love that opens all paths into our destiny – love of the greater Life and everything within its embrace.

“Let love be the keynote in all relationships, for the power which must salvage the world is the precipitation of love, and how shall that find its way onto the physical plane save through [those] whose ears are attuned to its imminent emergence, and through the lives of those… who are irradiated by love itself?” The Externalisation of the Hierarchy, page 333

We wish all our friends and co-workers the inspiration and joy of the Season as we recall the birth of divine love in the world and the angels’ blessing, revealing our destiny:

Glory to God in the highest, and on earth peace, good will toward men.” Luke 2:14

Hi, I'm one of a group of authors and editors for the Sydney Goodwill website.
Previous Sagittarius Sun – Gemini Full Moon 2019
Next 5. THE GLOBAL SILENT MINUTE – A portal of cooperation between the worlds